Two US nationals were arrested at Athens Airport on Monday after fragments of ancient vessels and other objects were discovered in their luggage. 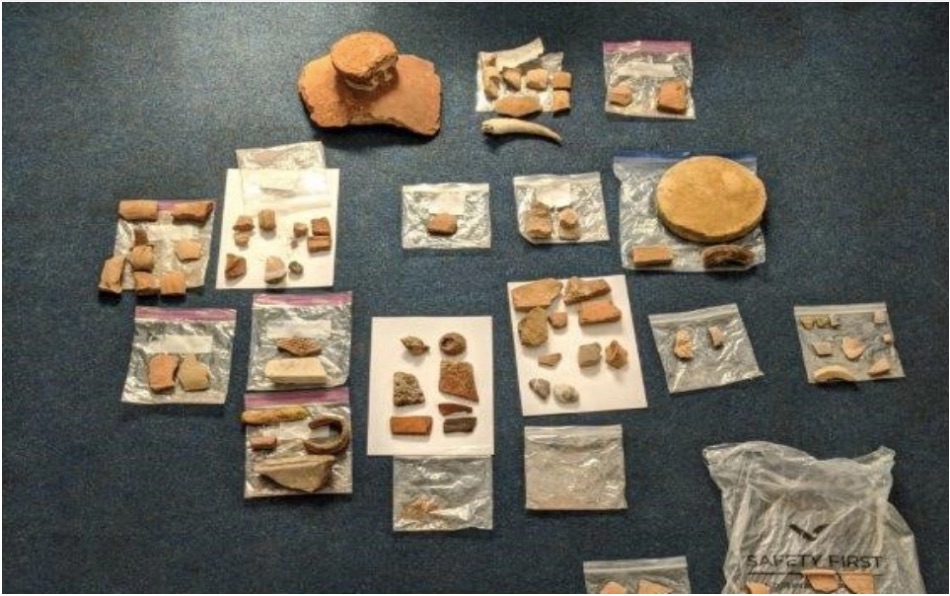 The Oklahoma-born couple, both aged 64, had been traveling to Greece with their 32-year-old son and were heading to Istanbul Airport to continue their holiday.
During a routine x-ray luggage check, officers found 65 fragments of ancient vessels and objects packaged in 14 transparent plastic bags in the man’s suitcase and another eight fragments in two bags in his spouse’s bag.

The man, a pastor, admitted that he had collected the objects from the Acropolis Hill of Athens, the Heptapyrgion (Yedi Kule) of Thessaloniki, Delphi, the Temple of Apollo, the Roman Agora of Thessaloniki, the Areopagus in Athens and the Byzantine Towers of Veria.

He also told police that he teaches Greek history and that he wanted the fragments to display them to his students. They face charges of illegally trading in antiquities.

An archaeologist of the Ephorate of Antiquities of Eastern Attica, opined that the objects fall under the provisions of the Law for the Protection of Antiquities and most of them date back to Roman and Byzantine times.